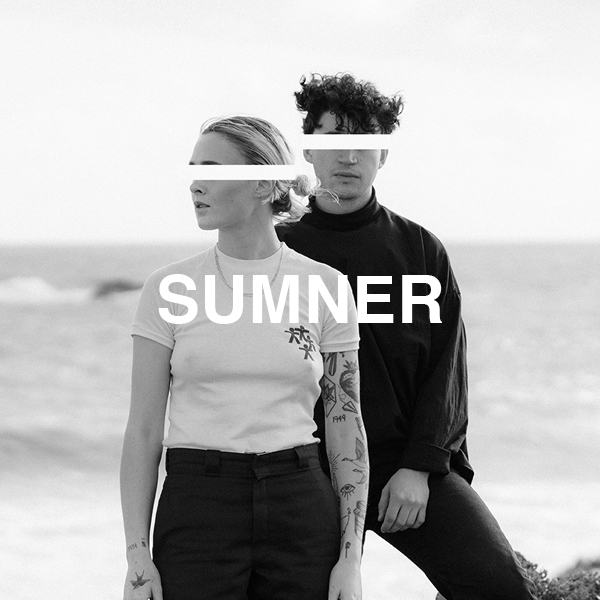 Following on from their breakthrough single and debut release on Lab78, ‘Stranded’,electronic duo Sumner (Chloe Wilson & Jack McLaine) are back with their striking new single 'South', an ode to their home state of Tasmania.Co-written and produced with Nick Littlemore and Peter Mayes(PNAU, Empire of the Sun), ‘South’ was written on the same day as ‘Stranded’ and is a continuation of the themes of introspection and recognition of their past selves.

Sumner are the third signing to Nick Littlemore and Peter Mayes’ Lab78 label with Nick Littlemore first coming across Jack and Chloe at a festival in Tasmania. “Pete and I came across this band while on tour in regional Tasmania. We shared a stage together at the Forth pub on a sweet breezy day a few years back. We were struck by their fierce intensity.Chloe commanded the stage conjuring notes of Chrissie Hynde, Iggy Pop and KarenFinley. Jack the uber-cool, multi-instrumental wonder dazzling on any synth/bass or guitar he picks up and plays.”

Sumner’s debut release on Lab78, ‘Stranded’, was a breakthrough moment for the duo, hitting the top 30 on Shazam nationally, top 5on the Spotify Viral chart and getting a full addition to triple j.‘South’ is the continuation of the Sumner story and is available on Lab78 from June 17th.

Catch the magic of Sumner at Ability Fest on November 27th!