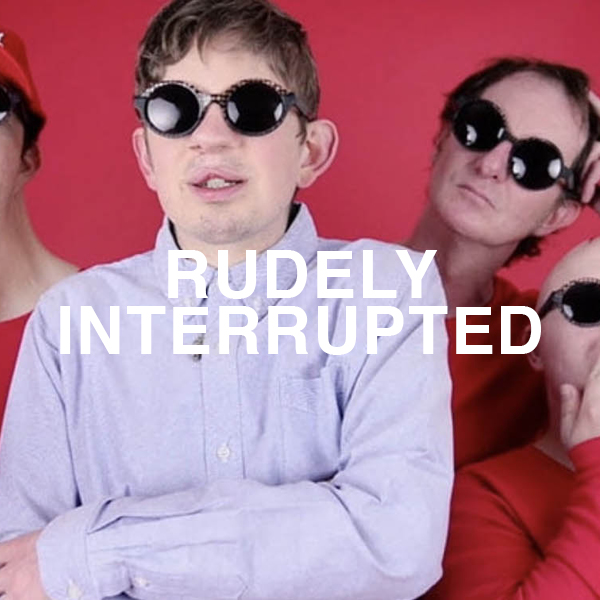 Rudely Interrupted One of Australia’s most uniqu­e independent rock acts, touring and releasing their brand of pitch perfect indie/rock/love/pop anthems across the Globe since 2006and first performing in 2007 to a full house at the Brunswick East Club.

As the band enter their 11th year together, they have been through the highs and lows like every other band. They’ve got a new look, a new EP and a bunch of incredibly well crafted indie ear worms for pre-release Sept 3rd followed by a whole lot of touring to promote the new record.

Fronted by Rory Burnside, Rudely Interrupted have carved out a worldwide profile with their music and passion for performance. In 2008 Rudely Interrupted were the first independent band to receive an invitation to perform at the UnitedNations in New York City.  2009 the band independently released their AFI nominated DVD of the UN US, Canada & UK tour which premiered nationally inAustralia on ABC TV 1 gaining the band a bigger audience and as a result Rohan was invited to appear on Australia’s much loved national ABC TV show Spicks& Specks’.

Rohan had an unfortunate accident in June 2015 and now lives with 14 titanium pins holding his foot together. It has been a steady recovery over the past 12 months. In this time the band have been writing and rehearsing heavily. 'They're good songs, really good and we can't wait to get on the road, we're ready to rock n roll". Says Rory.

In 2016 Rory Burnside and Rudely Interrupted were nominated for the most prestigious music prize in Australia, the MelbourneMusic Prize. A remarkable tip of the hat from our musical peers and a great way to set the ears alight for our new works to be released.

2017 Rudely Interrupted released ‘Love You Till I Die’ an album of masterful indie pop/rock songs with the single also titled‘Love You Till I Die’. The band filmed a clip for the release and was featured and played on Rage ABC TV and also featured on TV internationally.

In 2018 Rohan was struck down with a brain aneurysm and was rushed to hospital for brain surgery. He has clawed his way back from a very serious situation after 10 months in hospital care. In 2019 the band had a few show commitments to achieve without Rohan and they did. Although it was a difficult time for them all they achieved something remarkable without Rohan’s leadership. This is a testament to how far the group had come. In late 2019 the group performed live together.

In 2021 Rory and Rohan both firmly believe music has had a major positive impact on their lives and have written an anthem for the world with the topic of climate change called ‘Emergency’ and looking forward to presenting the new music to the Rudely Interrupted army world wide.