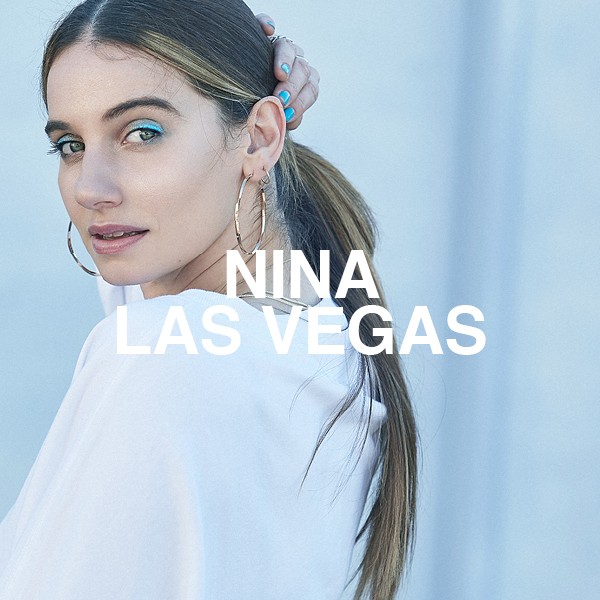 Over the course of her decades in the music industry, Nina Las Vegas (Nina Agzarian) has become a powerful female force in both the Australian & International dance music landscapes.

The beginning of Nina’s career in music saw her working for a decade as a host & programmer onAustralian radio station triple j. Over that time, she garneredherself a strong reputation for discovering & promoting dance music from all over the world.

On the DJ front, Nina’s hit the stage of every major festival in Australia including Big Day Out, Stereosonic, Splendour In The Grass, Groovin’ The Moo, Parklife & FOMO.

On the international front, Nina’s toured all over the world - including Japan, North America, Europe & theUK. She’s played at festivals including Coachella,HARD, Holy Ship!, Porter Robinson’sSecond Sky, Iglooghost’s Igloofest, Friendship, The Greatest Day Ever & SXSW to name a few. She’s been the lead support for Sofi Tukker’s 2019 Europe tour, as well as lead support for Porter Robinson’s 2019 Virtual Self sold-out shows in Los Angeles.

Her magnetic DJ sets doubled as an opportunity to put dance music from all around the world on the stage, which made Nina’s Boiler Room debut in 2018 all the more sweet. She headlined Boiler Room x Nike’s ON AIR event, using the set to showcase sounds from herself, NLVRecords & beyond.

On the surface, Nina is many things - DJ, producer, label head, experienced broadcaster. It is Nina’s powerful work ethic, tastemaker ethos & consistency that has made her the influential figure that she is today.

Don't miss out on Nina's amazing dance floor energy - catch her at Ability 2021!