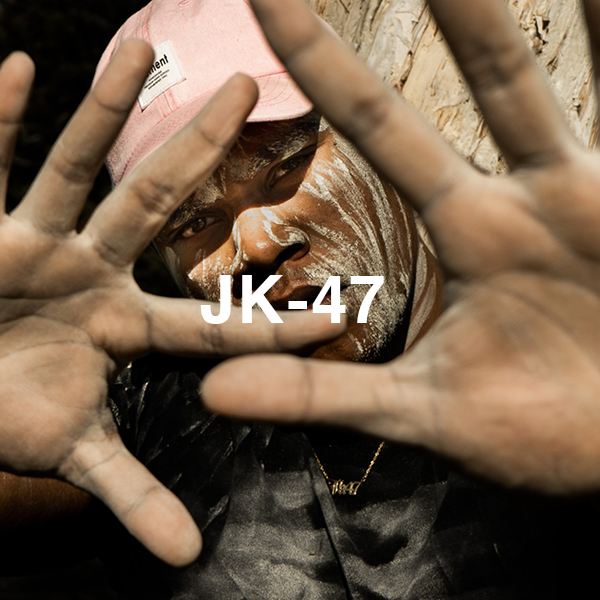 If you’re a Hip Hop fan in Australia, you should by now know the name JK-47. Whether you know him as the 2020 Triple J Unearthed Artist of the Year, or from his jaw-dropping Like A Version where he put a fantastic twist on 'Changes' by 2Pac, you would already know that the talented Indigenous artist is a force to be reckoned with. It's no surprise to see acts like Illy, Chillinit, Allday, Nerve and many more showing him love.

At the age of fourteen, JK-47 began writing rhymes & rapping. Over the years his name has become all too familiar, not just on home turf in the shire of Tweed, but also right across the Australian hip-hop landscape. His ability to put pen to pad & produce timeless lyrics, painting pictures with his music, is second to none.

Having already scored a triple j feature album on his debut, nominations for Best New Act at the 2021 Rolling Stone Awards, triple j Album of the Year, NIMA Album of the Year and Acclaim Magazine Rookie of the Year, and being booked for festivals like Bluesfest, Yours & Owls, Fresh Produce and Adelaide Festival, you can’t deny JK-47 is well on the right path for a bright future. The man is on a mission to touch the hearts & minds of those not just his home country, but all around the world. A mission he will achieve.