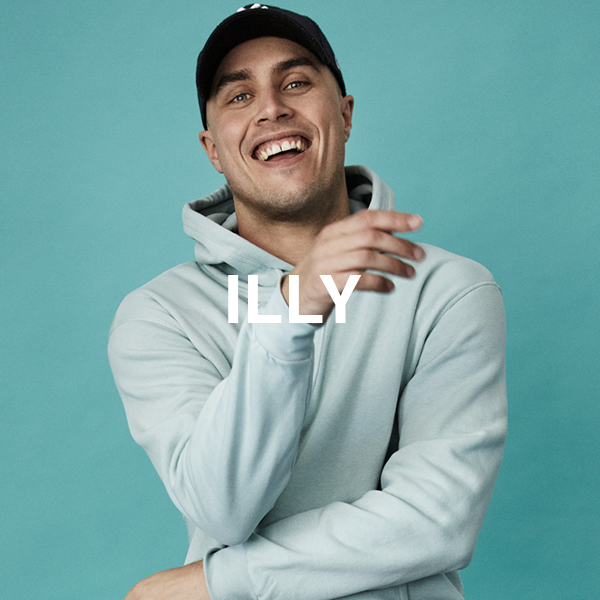 Illy's career had been steadily building before Two Degrees in 2016, with a prolific run of albums and2014's Top 20 double platinum single Tightrope.

Things went stratospheric when single Papercuts (featuring vocals from Vera Blue) soared to No.2 on the ARIA charts, going 5 x platinum in 2015.

Now a staple on mainstream radio, Two Degrees entered the ARIA albums chart at No.1. The follow up, Catch 22 (featuring UK singer Anne-Marie) was another hit, with the rapper more in-demand than ever on the touring circuit, playing theatres and festivals around the country.

The Two Degrees Tour won an ARIA as Best Live Act in 2017, while Papercuts and Catch 22 saw Illy win back to back APRA awards as Best Urban Act in 2017 and 2018 respectively, voted by his industry peers.

As well as writing the infectious melody, Illy penned Then What’s lyrics, which reflect on life after the success of Two Degrees.

"The last album was the biggest thing in my career. You're put into more situations, you're meeting more people, it's all part of it, it's not a bad thing, but it's funny sometimes to stop and zoom out and realise what's going on. You know if you weren't in this position we wouldn't be having this conversation. I just wanted to write a funny song addressing the weirdness of it all. I've had friends who've had similar things happen on larger scales than me. It's just something that you notice - those cliches about people coming up to you when the times are good is true, it's not made up."

The rapper is in the process of culling the large number of songs written for his new album. "I don't thinkI'll ever go away again like this for the rest of my career. To be at this point and be making what I think is the best, most artistic music of my career is very fortunate. I've worked hard for it, but I'm aware I’m in a pretty rare spot. I don't intend on fucking it up."

One thing is for sure. We're in for one hell of a performance at Ability 2021