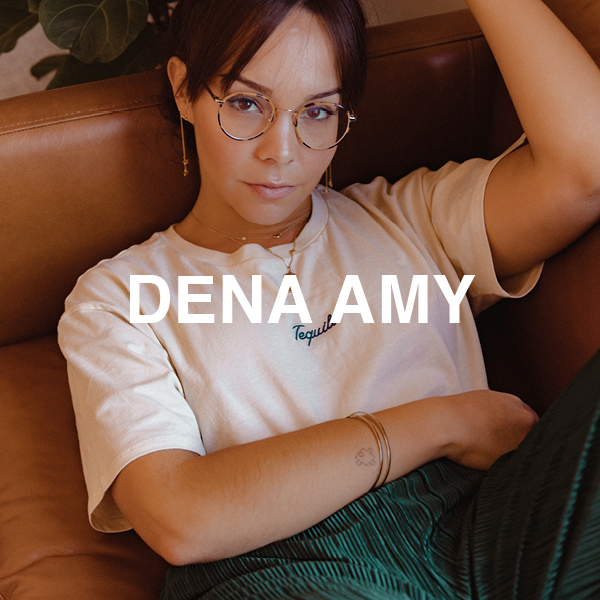 The South African-born, Australian-raised Dena Amy is a chameleon of the arts; an accomplished DJ, singer, producer, dancer and actress. Having spent the past few years writing, recording and touring across North American, Dena has recently relocated from Los Angeles to Sydney to continue her journey and accolade as one of Australia’s most important new electronic artists.

‍
In 2016, RÜFÜS DU SOL released ‘Hypnotised’ feat. Dena Amy, taken from their acclaimed second album ‘Bloom’. Dena supported RÜFÜS DU SOL as a DJ across their extensive North America album tour, performing the song live at iconic venues including New York’s Terminal 5 and Colorado’s Red Rocks. On this side of the Pacific Dena has wooed crowds from Splendour in the Grass, Falls Festival, Field Day and FOMO, to Harbourlife, Beyond The Valley, Spilt Milk, For The Love and Snowtunes. In the U.S Dena has played at Coachella, EDC Las Vegas, CRSSD Festival, Electric Forest and a number of exclusive RÜFÜS DU SOL & Friends events. Plus, she’s sailed international waters with Holy Ship [dropping a b2b set with Louisahhh and Sita Abellan] and returns to Fiji’s Your Paradise in 2019 for a second idyllic year in a row.

‍
From South African street parties to LA rooftops, Sydney sunsets and sweaty Berlin warehouse raves, Dena’s musical palette is rich and well refined. Her desire to represent a visual motion of movement and expression through dance – whether in the literal sense or through the speakers is her main driving force, and she is excited to share a wave of new music over the coming 12 months. To put it another way, Dena Amy is only just getting started.

Get the full Dena Amy experience at this year's Ability Fest.